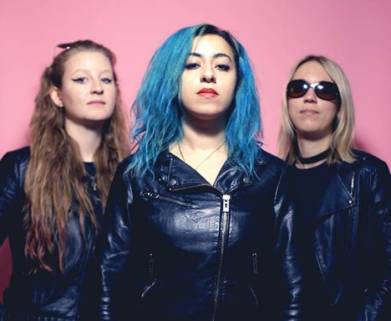 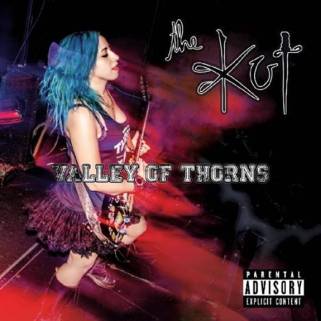 The Kut debut album has landed entries at No. #7 in the UK Rock Album Chart, No. #6 in the UK Indie Breakers Album Chart & No. #18 in the UK Indie Albums Chart.  This was after a mid-week sales bulletin, putting the album at No. #136 in the Multi-Genre Chart. The debut album ‘Valley of Thorns’ has been released alongside a string of headline tour dates, with vinyl 12 inch to follow their 22 date U.K. Album Launch Party Tour.

2017 was a significant year for The Kut. They featured as one of Kerrang! Magazine’s Breakthrough Acts of the year, while ‘The Kut EP’ was released on 500 limited edition picture discs for Record Store Day 2017, also featuring at number 4 in Kerrang! Magazines Top 10 Record Store Day Releases, alongside Baby Metal and Gerard Way. The summer saw The Kut playing over 50 UK mainland dates, and the year ended with the band claiming the Number 1 Spot in the Beyond 50 Promotions Top 50 Under the Radar UK Bands.  2018 has seen a worldwide record deal announced with Cargo Records for the long-awaited debut album, ‘Valley of Thorns’.

Produced by James LeRock Loughrey (Skindred / Def Leppard / White Zombie / My Vitriol) the debut sees some of the live favourites heard on The Kut tours, and is released on Friday 4th May (May 18th North America).  Reactions have been incredible across the board. The latest single ‘Mind Games’ has been premiered on Kerrang! Radio by Johnny Doom, played out by Sean McGinty at BBC Introducing, Total Rock, Hard Rock Hell Radio and picked up airplay as far as the USA and Australia, with over 90 stations adding the release!  This includes airplay in 12 US States and on a number of Triple A, Specialist and College Stations – including adds to USA’s NACC Rock Chart.  Meanwhile the accompanying music video was on rotation on Scuzz TV and was premiered online by Clash Magazine. The Kut has also recently aired a live session for Total Rock Radio, performed on the BBC Introducing Stage at TNFOM Blackburn, and has also been selected as ‘Ones to Watch’ by Planet Rock Radio. The forthcoming video ‘Hollywood Rock n Roll’ sees The Kut into their mammoth UK Tour.

THE KUT ☆ VALLEY OF THORNS ☆ ON TOUR

☆ Plus instore dates to be added