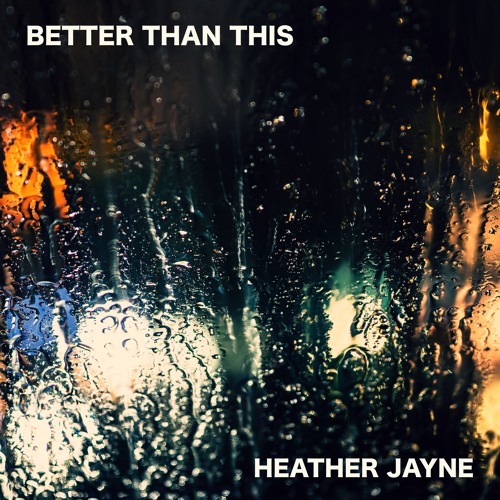 Despite being just 19 years-old, Heather Jayne has already achieved a lot in her career so far. Having put out her debut solo release ‘The Power’ at the beginning of the year, Heather quickly followed up with the powerful ‘Let Me In’ to widespread acclaim in the blogosphere. The young singer/songwriter from Berkshire has also performed at The Royal Albert Hall and Edinburgh Fringe Festival and recently made the semi finals on BBC’s ‘The Voice’ where she was mentored by both Boy George and Paloma Faith. Heather Jayne has been writing and performing her own music for over ten years, and now drops her third single ‘Better Than This’ – A robust  and darkly electronic offering from the 19 year-old that places her powerful and ethereal vocals at centre stage. Taking influence and inspiration from artists such as Tove Lo, James Blake and Kate Bush, Heather Jayne’s latest track is a call for self-empowerment and appreciating your own self worth by removing the toxic people in your life.

On the track Heather Jayne states; “The song tells the story of the moment when you realise that you are giving more than you are getting back from someone, and you are tired of them treating you badly and under-appreciating you – its all about believing in your self worth and not letting people use and take advantage of you.” With ‘Better Than This’ scheduled to be released on March 23rd and more new material pencilled in for later in the year, 2018 is shaping up to be the year that critics sit up and take notice of this bright young talent.