Following on from the critically-acclaimed singles ‘Ropes’ and ‘So Good’, Pop artist and actor Titus unveils the visuals for his intoxicating new single ‘Suicide’.
Directed by 17 year-old filmmaker Jake Williams, the electrifying music video portrays the agonizing addiction that we as humans have with love and affection. Written with songwriter and artist Aaron Kellim, Titus Makin explains the creative process behind the song ‘It’s feeling like you can’t get a grip of anything that’s happening in your life due to being consumed by a dangerous love. We wanted the viewer to feel like they’re spinning out of control, in confusion until you can stop, find grounding, and realize what’s happening’.
The video’s strength lies in the saturated-colors sequences and the head-spinning shots. They both aim to metaphorically represent any toxic relationships that drain us from all the things that we once knew familiar.

‘Suicide’ is the 3rd single taken from his upcoming EP ‘Lean’ set to be released later this year. Titus Makin is a pop artist, songwriter and actor currently living in Los Angeles, California. He has worked with multiple music and acting industry professionals due to his time on FOX’s hit show ‘Glee’, and tour engagements related to ‘Glee:Live’. He has also starred in CW’s Star-Crossed and hit shows such as Pretty Little Liars, NCIS among others. He’s currently appearing as Caleb Matthews, a musician on the 3rd season of Hulu’s ‘The Path’. On the music side of things, his first two singles garnered much acclaim on respected blogs such as Pop Dust, Pop Wrapped and The Huffington Post.
Get ready to lose control with Titus Makin’s new single ‘Suicide’ available now on all digital platforms. 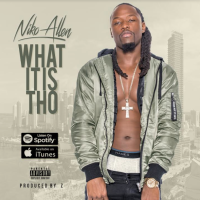