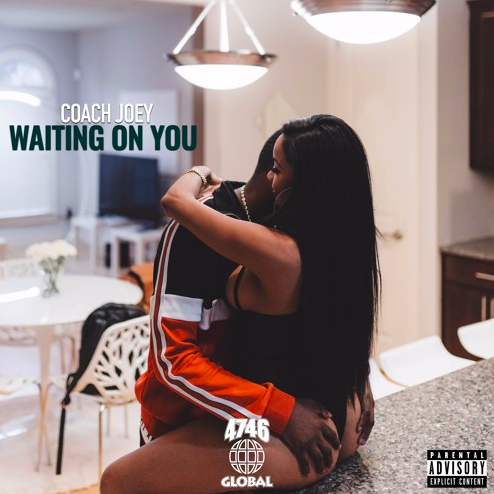 Detroit native Coach Joey remakes the Tupac classic “Run Tha Streets” with his new single “Waiting on You”.. After helping assist with the careers of Detroit talent like Icewear Vezzo, Kash Doll, and Tee Grizzley, he’s now focused on dropping his own music. Today, we’re officially releasing the visual that was directed by Dontell Antonio in Atlanta, GA. The single itself was produced by Helluva, who’s known for his joints with Tee Greezly.

The video is creative and is sure to grab music fans’ attention. Joseph McFashion created 4 Sho Magazine after his friend Charlie Jabaley gave him the inspiration needed for the idea. Jabaley created mock up magazine covers to promote Atlanta artists. This pushed McFashion to create the magazine, originally focused primarily on MySpace. He originally didn’t have the funds to purchase the website or release print editions. After saving money that his mother sent him for lunch, he went and opened up a bank account and purchased the 4shomagazine.com domain for $19.99. By utilizing his Atlanta connections to get exclusive interviews, videos, and music releases, the website grew in popularity tremendously in 2008. In mid-2009, he purchased the 4shomag.com domain because his old one had been taken. Eager to begin building the website back up, he quickly realized that many of the artists that were relevant in 2008 were losing popularity. On top of that, his connections in Atlanta had moved on because he’d been gone for a year.

He turned his attention to Detroit and collaborated with M City Jr., Chavis Chandler, and a bunch of other notable names. It would take a couple of years before the website gained traction. After McFashion shot a video for DoughBoyz CashOut in 2012, the website took off because there weren’t many similar Detroit focused outlets that captured the audience in the way that McFashion could. From there, McFashion scoured the city for rising talent, culminating in bringing a number of today’s notable artists to mainstream attention: Team Eastside Peezy, DoughBoyz CashOut, Payroll Giovanni, Icewear Vezzo, Kash Doll, GT, Molly Brazy, Tee Grizzley, FMB DZ, AllStar JR and more.

In addition to 4 Sho Magazine, McFashion started his own film company called Mula Films in 2013. The following year, the company released its first film named 2eleven which would go on to become one of the biggest independent films in Detroit. In 2015, Mula films released Buffed Up which topped 2eleven in sales and overall popularity. Five O followed in 2016 and Plug Love became an audience favorite upon its 2017 release.

The song is a remake of a classic Tupac song “Run Tha Streets” and is produced by Helluva (producer of Tee Grizzley’s 1st Day Out hit). In the video, the artist leaves his girlfriend at home and a ton of events lead up to fans asking if he’s faithful or not. Coach Joey had a good time playing with the plot of the video.