Alex Maxwell has always been caught between two cultures. With an Irish father and a Spanish mother, fair hair and hazel eyes, she spent the first half of her life in London and the second half back in her birthplace of Madrid. Ask the 23-year-old newcomer to define herself and she laughs: “Spanglish”.

With influences that range from Patti Smith to Fleetwood Mac, Grimes to The Cocteau Twins, she’s found a modern sound that gives classic pop and rock a contemporary twist – electro-tinged anthems with hooks that hark back to a golden age of music.

Contrasts run through Alex’s music – and her life. Arriving in London as a small child, she first felt like a Spanish girl in England. Returning to Madrid at 13, for the next decade she often felt like an English girl in Spain. No wonder Alex was never sure where she fitted in. That’s why she’s called one of her songs “Alien”.

Even at school, she stood apart from the other girls. “In Spain the teachers read out your full name at assembly every day,” she laughs. “Mine was ‘Alejandra Maeve Maxwell-Blanco.’ So I was always the one that stuck out!”  English, Spanish or Spanglish, she’s been standing out from the crowd ever since. And she’s used that sense of being a stranger in her own town – both her towns – to inform a set of songs stemming from personal experience.

Alex draws her influences and inspiration from everything around her. From music of course, but also from cinema, from art and literature, from people and places, from conversations. “It could be a person, it could be a place, it could be a single moment,” she says. “There’s inspiration all around us if you only know where to look.”

Her talent was discovered – like those starlets in the old Hollywood movies – entirely by chance. Travelling home with friends in Madrid one night, after a class in jazz music, she chanced upon a busker playing the blues on a lap steel guitar, deep beneath the streets at Tribunal metro station.

Giddy with excitement from an evening of music, Alex joined in. She began to sing with him, improvising to his melody. One of her friends filmed the moment, shared it on social media and a talent scout from Disney owned label Hollywood Records came across it.

He tracked her down and emailed her, asking to meet the following day. Alex was in London, and the next chapter was to begin at the legendary Abbey Road Studios:  “I played him some of my songs on the piano,” she recalls. “But mostly we talked about my influences.” That meeting resulted in a development deal.

Soon she was shuttling between her two home towns, before moving permanently back to London to focus on her music. “The highlight so far was when they took me to Abbey Road Studio to record,” she says, still amazed at her good fortune. “Just to be part of that history made it the greatest day of my life.”

There will be many more of those. Her new EP features four songs – three self penned, showcasing her contemporary twist on classic pop-rock, big hooks with big drums and shimmering electronica – and a nod to one of her heroines.  Produced by London production duo The Flight (Lana Del Ray, Empire Of The Sun, Bjork, David Bowie), the tracks were recorded at the Cooperage Studio in Shoreditch over the last 6 months.

At first listen, lead track of the new EP, “Lie To Me” sounds as if it’s about a boy and a girl. “Yes it’s about a relationship,” says Alex of the shimmering electro-ballad. “But it’s my relationship with Madrid and London. I wrote it when I moved here from Madrid, feeling overwhelmed, feeling like a tourist in my own home. I guess it’s a love letter to the life I’ve left behind – to the city and the people.”

The metaphors continue in “Alien”, Alex’s most electronic tune, its atmospheric textures influenced by her love of Eighties indie favourites The Cocteau Twins, while “Just For Tonight” strips back the layers of electronica to acoustic guitars and drums. “It’s probably me at my most raw,” she says. It’s lyrically raw too, exposing the cracks in a relationship gone wrong.

“I want to inspire people most of all,” she says, with the same passion that informs her music. It’s the same passion she sees in Patti Smith, whose most successful tune “Because The Night” she sings with stark simplicity, recorded at home on her piano, embellished with the lightest touches of tambourine, cello and harp.

“I love Patti for her personality as much as her music and lyrics. All her life she’s gone out and done whatever the f*** she wants. Those are the artists I admire – artists who do their own thing and don’t care what anyone else thinks” 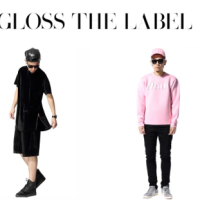