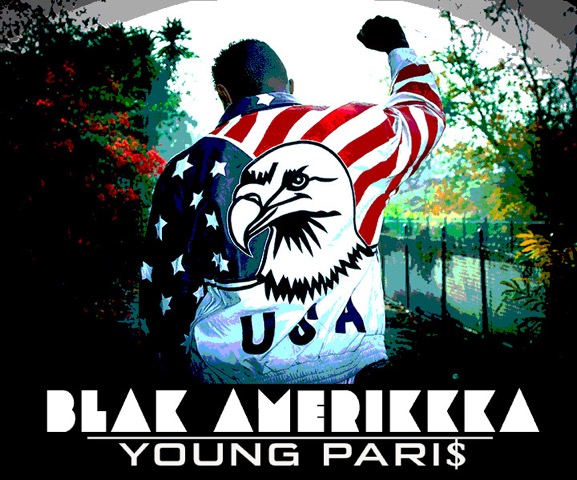 Houston’s Young Pari$ is coming out of the gates strong with his debut mixtape already garnering tens of thousands of plays across the internet. With a new year and a new message to send, Young Pari$ steps outside his comfort zone to address the current state of “BLAK AMERIKKKA”. The incredibly powerful record is paired with captivating visuals that premiered yesterday on WorldStar.

Given the stature of this song and the reputation of your platform, we would be honored to have you share the video in honor of Martin Luther King Day. Please let me know your thoughts on the video! Thank you so much.
Police state. Militarized. Black lives matter. These words have left their mark on the nation over the past year; the type of mark that’s more like a stain, one that America would rather sweep under a rug than tackle head on. But these are not only themes — they are reality for too many communities of color today. The nation stands idly by as black men and women are ripped from homes and cars, pushed to death by the hand of the unjust. Fortunately, there is a voice with the power and the message that we all need to hear. That voice is the one of new artist Young Pari$ with his influential record BLAK AMERIKKKA.
A Houston native standing at just 18 years young, Phillip Bilal aka Young Pari$ didn’t expect hip hop to be where he’d land. Though he spent years performing and playing music, Pari$’s unique journey of finding his gift was through the amusement of others and their uncanny willingness to hang on his word and voice. But unlike most “rappers” you’ll find on the internet, Young Pari$ is stepping out boldly with a message that demands to be heard more intently.

BLAK AMERIKKKA is not just a song or a music video. It is the painful tale that bears witness to the fact that our country has lost its way, forgetting to care for both each other and ourselves. The compelling music video — directed by Shot by Dread — captivates us with every shot. Pari$’s powerful presence and words have the listener hanging on to the story, while the visuals illustrate not only an edginess and aesthetic boldness, but a shocking reality that none can shy from any longer.
Young Pari$ brings a new air to the hip hop game, paying respect to the most famous music scenes and stars while encompassing his down-home Houston roots. His incredible versatility is illustrated through his resounding records — from club banger to intellectual story-telling. If there’s one piece of work you don’t want to miss from Pari$, it’s BLAK AMERIKKKA. Click the link and embrace the message you’ve needed to hear.